The book of Muslim has been completed, praise be to Allah
in the heart of Damascus of Sham, the heart of Islam.

Those who regularly attend the classes of al-Sayyid al-Sharif Sheikh Abul Huda Muhammad ibn Ibrahim al-Yaqoubi in the Mosque of Sheikh Muhuy al-Din Ibn al-Arabi in Damascus, will have heard him mentioning time upon time: “The recital of the books of Hadith is a tradtion that must be revived. ” Read more…

Ten yeas ago…
Ten years ago, in Ramadan 1418 H., Sheikh Muhammad al-Yaqoubi (may Allah preserve him and raise his rank) completed the recitatal of Imam al-Bukhari’s Jami` al-Sahih (commonlyh known as “Sahih a-Bukhari”) on the 19th of Ramadan, followed by the recital of Imam Muslim’s Al-Musnad al-Sahih (known as “Sahih Muslim”) which he completed on the 29th of Ramadan, then Al-Shama’il al-Muhammadiyya of Imam al-Tirmidhi. This was a private recital. Sheikh Mustafa Turkmani (who later became the khalifa of Sheikh Abd al-Rahman al-Shaghouri, may Allah have mercy on them both) was among those who attended the triple khatam, which was celebrated with a mawlid at the end. After ‘Eid, Sheikh Muhammad continued reciting Al-Muwatta’ of Imam Malik and one forth of the Sunan of Abu Dawud.

At this time, he was witnessed in a dream, sharing out a huge mount of gold on top of the Mosque of al-Sheikh al-Akbar. Then in Rajab 1428, he recited Imam Muslim’s Al-Musnad al-Sahih in Damascus, hosted by none less than al-Sheikh al-Akbar, Sheikh Muhyi al-Din Ibn al-`Arabi, may Allah ta’ala be pleased with him, in al-Jami’ al-Salimiyy. the mosque annexed to his burial place.

This was a historical event, since Imam Muslim’s Musnad has not been recited publicly in its entirety for 130 years. The last time this occurred was in 1290, when Ahmad Musalla ibn ‘Abd al-Rahman al-Kuzbari recited it under Qubba al-Nasr in Damascus in 1290 H., and before that by al-Amir ‘ Abd al-Qadir al-Jaza’iri (the famous mujahid, who was also a muhaddith) in the maqam of Sayyiduna al-Husayn in the Ummawi mosque – may Allah ta’ala find pleasure in them all and accept their deeds.

Tabaqat – that is the traditon of registering the attendants and the details of which parts of the recital each person listened to or was absent from – have not been done for 200 years. The last person to set up tabaqat of hadith recition was Murtada al-Husayn al-Zabiydi (d. 1205 H.)

The recital was completed in 9 days, beginning after fajr – after reciting Hizb al-Nur, one of the Shadhili awrad – and continuing until ‘isha with breaks for prayer, food and rest. It was attended by some 400 persons, men and women, and lists of attendence (tabaqat) where established. About half of the attendees were visitors from other coutries – Malaysia, Singapore, Turkey, US, Britain, Canada, Egypt, Jordan, Saudi Arabia etc. A group of munshids, directed by Sheikh Abul Huda, refreshed the spririts during breaks. and made the travel easy and pleasant.

The recital was accompanied by several miracles as befits the dignity of the occasion:

However the greatest miracle is problably the voice of Sheikh Muhammad Abul Huda, by which – despite severely reduced lung capacity – Allah ta`ala has once more allowed us to inhale a fresh breath from the speach of His most beloved Prophet (sallAllah `alehi wa Alihi wa sallam).

The khatam took place on Sunday the 15th of Rajab, coinciding with the day of passing of Imam Muslim, and was attended by as many people as the mosque could hold, including some 40 top scholars of Damascus and visitors from other countries, among them:

Finally Sheikh Muhammad ibn Ibrahim al-Ya’qubi – may Allah ta`ala spread his light and incline hearts to his guidance – made du`a and gave ijaza to all those present to narrate Sahih Muslim, under the conditons that the recipient must follow it up by acquiring precision and correctness in recitation, and submit to guidance and suluk.

Such ijazat are not a proof of qualification of the recipient, but may be used in future if the person acquires qualifications. Sheikh Muhammad al-Yaqoubi even encouraged children to attend the sama’ (hearing),  giving several examples of how great scholars attained ijazat in their childhood that later were valued because of their “highness’. He quoted as an example his own hearing at the age of ten  from sheikh Muhammad al-Makki al-Kettani, a link that contributes to the highness of his own chains of transmission today.

The khatam is over. however, the recital of hadith has only just begun.

Many of the attendees were attracted by the hope of being given ijaza by one of the greatest Hadith scholars’ of our time. However, certaiin conditions are attached to this, as the Sheikh detailed in connection with the recital sessions:

1. Sheikh Abul Huda stressed at the very beginning of the recital that the ijaza is not valid except to persons belonging to Ahl al-Sunna wa al-Jama’a, i.e. those who adhere to the Ash’ari-Maturidi ‘aqida, and the four schools of fiqh, and acknowledge the sufi turuq which conform thereto. – This caused some attendees to leave, while others were led to reconsider their own stance.

2. To show full adab towards Allah ta`ala, His Messenger (blessings and peace be upon him and his family), the mosque, the books (they belong to Allah, and are given as an amana) and the Sheikh, listening in silence, sitting in front of the Sheikh in a position like in tashahhud, giving him respect and complying with his requests. In this way the recital sessions became a practical course of adab, that no book can possibly replace.

3. Attendance of the entire recital. The Sheikh required any parts missed to be made up by listening or reading in front of attendees that he appointed.

This last point in particular contains a lot of wisdom. It has resulted in the recital being followed up by dozens of halaqas of hadith all over Damascus, where people recite to each other to make up for missed parts, exerting themselves, and thereby increasing their love for the hadith and their appreciation of the effort involved in performing this type of recital.

In general, the impact of the event can hardly be underestimated, and its fruits are already showing.

“A wali informed me last night of a great disaster approaching Damascus,
but because of this recital, it was averted.”

Praise and thanks be to Allah who grants us His favours. May our deeds meet with His pleasure and acceptance. May He preserve the People Hadith, its Keepers and Servants and Lovers. May He keep us all under the shade of Protection he grants us through them, and never stop the showers of Mercy sent down at their hands. May he tie us firmly, by word an deed and spirit, to the Sunna of His Most Beloved – upon whom be the blessings and salutations of Allah most Hign, as well as over his Noble Family and Companions. Amin. 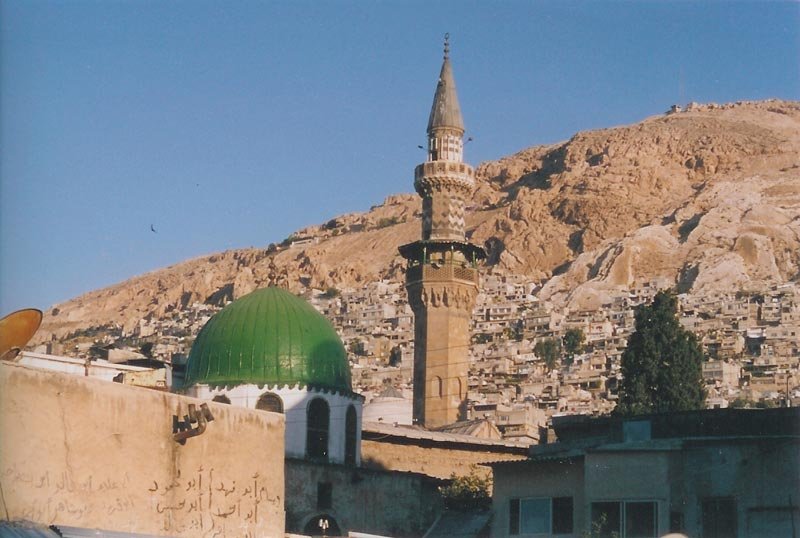