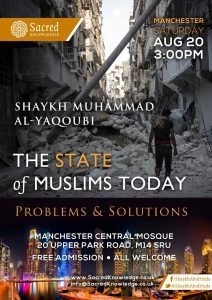 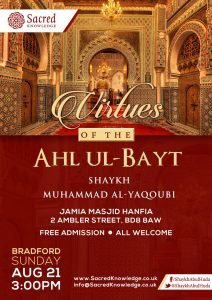 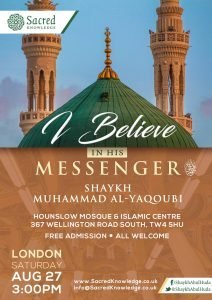 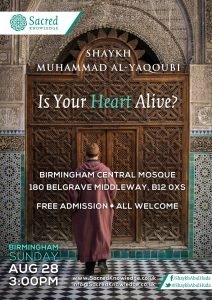 Shaykh Sayyid Muhammad Al-Yaqoubi’s first talk in the UK after 2 years promises to be one to be remembered. The Muslim world is indeed going through a crisis today; in this lecture, the Shaykh outlines the major issues facing the ummah and offers solutions. Sacred Knowledge

What is the status of the family of the Prophet ﷺ? What respect do we owe them in this world? A much-neglected topic in modern times but of paramount importance to the Ahl us-Sunna: Shaykh Sayyid Muhammad Al-Yaqoubi will be talking about the Virtues of the Ahl ul-Bayt.

I Believe in His Messenger ﷺ

Is it enough to proclaim “La ilaha illaLlah” to be a Muslim? Can we have the Qur’an alone without referring to the Sunna of the Prophet ﷺ? In this lecture, Shaykh Sayyid Muhammad Al-Yaqoubi will clear up misconceptions that have creeped into the discourse of some modern groups. – Sacred Knowledge 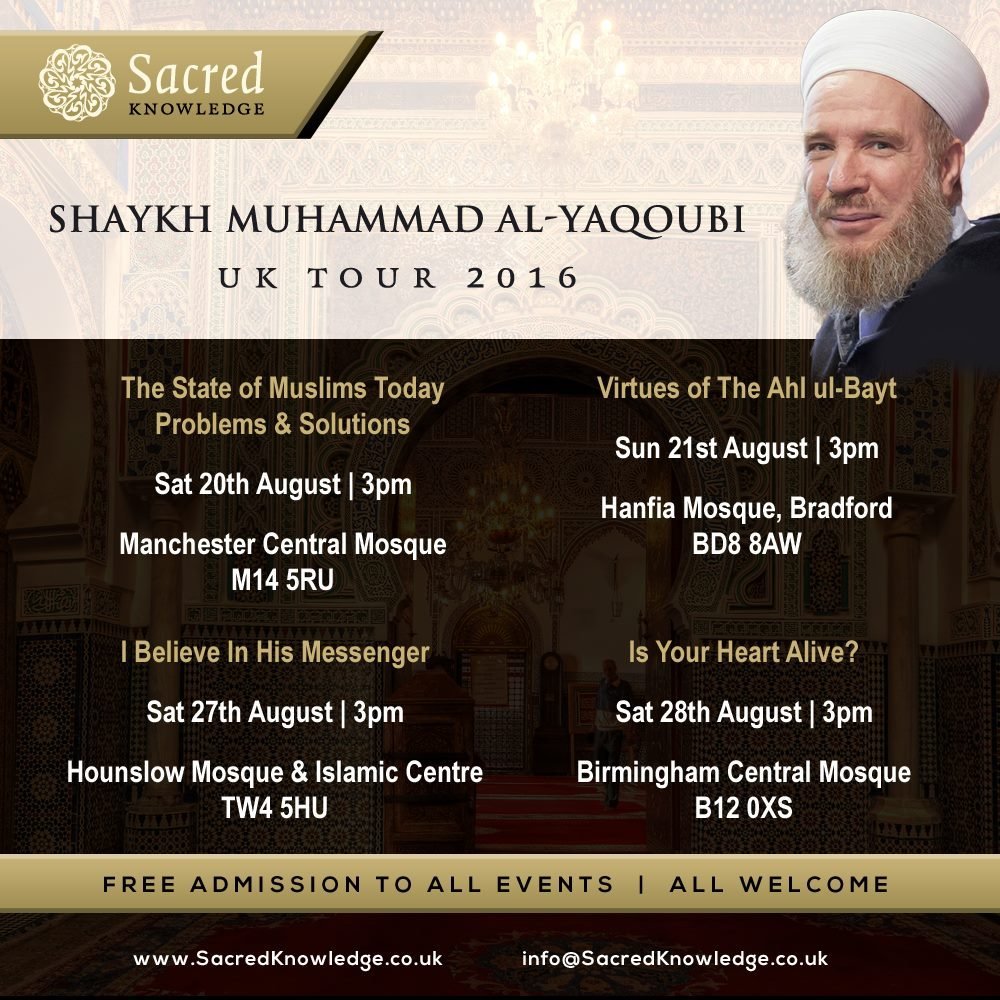