Education in the Era of Imam al-Nawawi

THE STATE OF EDUCATION IN DAMASCUS DURING THE ERA OF AL-NAWAWi’S
From a PdD thesis by Abdoullah al-Zouebi (Glasgow Univ. 1999)

The Educational field enjoyed revival and progress during the lifetime of al-Nawawi, despite the political changes and the major events in the region. Tth/ 13th Century, in which al-Nawawi lived was an era that witnessed an Increase in the number of scholars and publications in the various fields of knowledge. Damascus had a multitude of various schools and the four schools of Jurisprudence; The Hanafi, Mäliki, Shäfi’i and Hanbali, had their own schools. Most of the latter were affiliated to the Shäfifi school for the reason that after the advent of Ayyübis, the Shäfi’i school became very active and expanded widely in Egypt, Iraq and Syria (Saläh al-Din al- Ayyübi, himself was from the Shäffi school). Ibn Khaldün said: “The Shäfi’i rite was at its best and had a large appeal. At that time, scholars such as Mulyi al-Din al-Nawawi became famous under the aegis of the Ayyübi state in Syria. Among the scholars who emerged at that time were: ‘Izz al-Din bin ‘Abd al-Saläm, Ibn al-Rif’ah in Egypt, Taqiyy al-Din bin Daqiq al-‘id and Taqiyy al-Din al-Subki and others”. (Tärikh)

The Mamlüks devoted a lot of care to education, scholars and schools. An eminent figure during the Mamlük period was al-Zähir Baybars and some schools were even named after him and were subsequently known as al-Zähiriyyah schools. These schools had libraries which were famous worldwide and still exist today.

Ibn Kathir said: “He had a good impact and left behind places which were not built even at the time of the Caliphs and the kings of Bani Ayyüb. Al- Zähir also established the appointment of a judge from each one of the four main schools of Jurisprudence”. (Al-Bidäyah wa al-Nihäyah)

The following points reflect the progress of education:
• The Improvement of the Educational centres and the care devoted to them.
• The Increase in the number of scholars in various educational fields.
• Educational production and the increase of recognized publications.

Educational centres were represented by mosques, schools, al Dür (home schools), churches and al-Adyirah, convents. The Caliphs devoted a great amount of effort to the construction, the reconstruction and the refurbishment of mosques. Ibn Kathir said: “A1-Zähir built many mosques and reconstructed the building of the Prophet’s Mosque.” (Al-Bidäyah wa al-Nihäyah)

Mosques had great importance and were a symbol of Islam. These were institutions for the learning and teaching of the Quran and understanding of its verses and concepts. They were also institutions for the teaching of the Prophet’s Tradition, Islamic jurisprudence and the Arabic language. The rationale behind this is that the principals of Islam encouraged the above.

However, this does not mean that one can only study the above in the mosque, but anything that adds to the knowledge of the learners (provided that the preservation of the mosque is maintained).

With regards to the teaching body, the columns of mosques served as back rests for the emergence of scholars around which gathered students who benefited from their teaching (21 KK). The Umawi Mosque in Damascus was one of the largest and most famous mosques.

All the four main Jurisprudence rites, the Mäliki, Hanafi, Shäfi’i and Hanbali, had teaching groups inside the mosque where the scholars from various rites were teaching different subjects. Students used to write what they heard scholars say. At times, everything was written then read aloud, simply to check and if necessary correct that what they had written was what they heard.

Auditors were at libefiy to question or argue with the teacher, and it was in fact, very largely by their success in such arguments that young teachers became more well known and made their reputation. This is a method similar to the one used by the predecessors (al- Mutaqadimin).

Schools developed and their numbers increased in al-Nawawi’s era. Schools were named after the caliph, the sultan or the ruler and would thus receive a great deal of care and attention. Schools were administered according to systems specific to each of them. The highest offcial in the school was called the Shaykh and only those who were great at the time and awarded scholars certificates with distinction would reach this status. Some schools which specialized in the teaching ofa particular subject such as Hadfth for instance, would be called ‘The Hadfth House’. A1-Ashrafiyyah Hadfth House was a school where al-Nawawi was put in charge.

Unlike mosques, schools had various subjects, specialized courses and a greater number of teachers and students. Schools were distinguished by the availability of accommodation facilities for a number of students and scholars. In addition to this, many wealthy people gave hospices as religious endowments for poor students so as to facilitate their studies. In the villages, the mosque itself served when required as a school. These schools were often situated at the upper story of the public fountain attached to the mosque. These buildings which existed for this specific purpose, were due to the munificence of the rich, who founded them and assigned endownments for their upkeep, in some cases sufficient to feed and clothe a number of poor scholars.

Most schools specialized in the teaching ofa particular Jurisprudence,such as Hanafi or Shäfi’i subject, and would later be known as the Hanafi or the Shäfi’i school. There were more than twenty Ilanafi schools in Damascus, including al-‘Aziziyyah, al-Rukniyyah, al-Muqaddamiyyah and other schools.

There were fewer Mäliki schools, because of the small number of followers of the Mäliki religious rite in Syfia and the few Mäliki scholars. In contrast, the Mäliki religious rite is the predominant one if not the only one in the Islamic west (North Africa). The reason for this is that the link between the Maghrebans (the Islamic west) and the Islamic east was mostly through major pilgnmage and minor pilgrimage as they used to meet Imäm Mälik when they came to the 4ijaz. On many occasions they used to meet Imäm Mälik’s students in Medina. These pilgrims used to learn his teachings and return afterwards to their countries, where generally they would not meet scholars from the other religious rites.

This is not to say, however, that Mäliki schools disappeared altogethor, as there were some schools such as: al-Salähiyyah and al-Sharabishiyyah schools. There were some specialized educational schools for the teaching of medicine and other subjects in and around Damascus. Among these were: al-Dukhwäriyyah, al-Labbfidiyyah al-Najmiyyah school. These also contained halls (Dür) for the accommodation of students.

The educational revival was not confined to Islamic areas but also to a number of churches and convents ‘adyirah’ in which people practiced their worship and their religious education. Many churches existed in Damascus of which were: al-Ya’qübiyun (Jacobite) Church, Miryam (Mary’s) Church, the Jewish synagoge, Paul’s Church, al-Qalänisiyyin Church and St John’s Church.

There were also a number of monasteries in and around Damascus such as: al- Salibah, Butrus monasteries, Our Father’s monastery and others.

Numerous scholars emerged in al-Nawawi’s era and cannot be all listed here. Abü ‘Amr b. al-Saläh emerged as a prominent figure as far as the religious sciences and particularly Hadith are concerned.
Ibn Khaldün said:

“Among the most eminent scholars was al-Räfi’i a leading ShäfXi jurisprudent in Qazwin and al-Nawawi who was the most famous Shafi’i jurisprudent and Imam in Syria”. (Tärikh)

Among the non-Shäfi’i figures was Ibn al-Mu’allim Ismä’il b. ‘Abd al-Karim, the most eminent Hanafi scholar of his time, ‘Abd al-Karim al-Harastäni the orator of Damascus, and al-Firkäh, (the teacher of al-Nawawi). The most emment scholars as far as the Arabic language sciences are concemed were: Ibn Mälik al-Andalusi author of the ‘Alfiyyah’ and Ibn al-Qifti.

All of the mentioned scholars had prduced great publications and encyclopedias. The multitude of publications in the various fields of knowledge were amongst the most important characteristics of that era. However, one should not forget that those who laid down the foundations and the rules of the Islamic and linguistic sciences were in fact the predecessors. The sciences include: the explanation of the Quran, Islamic jurisprudence, the Hadith and its sciences and the Arabic language and its sciences too. This does not mean that the scholars of this century only canied out research, checked works, corrected them and made Individual efforts and judgments. There is documented evidence of their work which was crowned by compiling, scrutinizing, editing and revising the subjects which were scattered in the books of their predecessors. 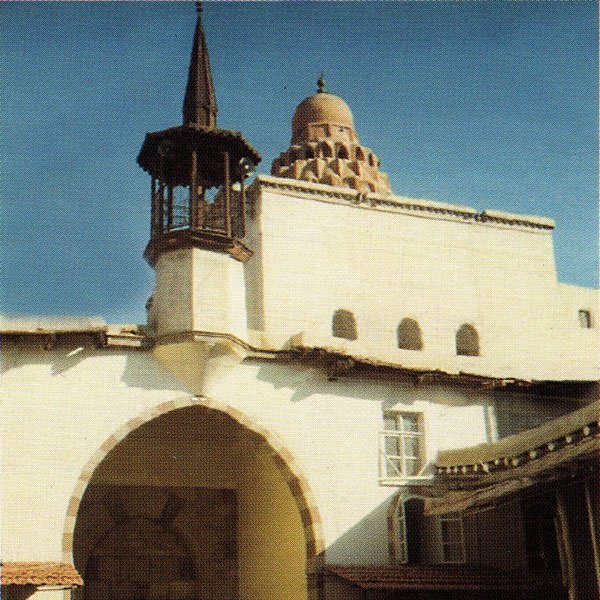