Praise be to the One who guides us to His Way, and salutations on His Messenger, the Noble Family and Tribe, and those who follow their paths. Thanks to whom thanks are due first and foremost, our host, the erudite scholar and exemplary guide, the lighthouse of Damascus and the whole world, our revered teacher and beloved sheikh al-Sayyid Muhammad Abul Huda Al-Yaqoubi and his family. May Allah Most High protect them, as they opened for us the doors of their home during the blessed month in which Allah opens the doors of Paradise. Those of us who had the privilege of spending this valuable time in the folds of their care had nothing to miss. Every need – physical or spiritual, intellectual or emotional – was catered for in the most generous, courteous and delicate manner.

For one month, we ate together, prayed together, studied together, recited the Qur’an, the Shadhili awrad and qasidas together, all in the gracious presence and under the mindful eye of our host – may the righteous eat and the pious break fast and the Angels pray over his home. Some nights visitors would join us – close or distant family members, scholars, saints or notables, travelers or residents of Damascus, individuals or groups. We witnessed a marriage between two disciples in the Path. We attended the Shahada of two new Muslims. And we spent Laylat al-Qadr immersed in the dhikr of Allah, led by the most perfect guide and true Knower, may Allah raise his rank.

We would gather around `Asr time in his home in the outskirts of Damascus, to spend the last part of the day reviewing notes, reading the Qur’an or doing individual dhikr. When the adhan of Maghrib was called, we would break the fast with dates and pray, before being served the evening meal. The Sheikh (may Allah make him our door to the Prophet, peace and blessings be over him) would recite with us some of the Shadhili awrad, and then intone the traditional qasidas, accompanied by the daff and voices of skilled munshidin. This would last until the time of `Isha. Then the Tarawih prayer was led by two advanced students of qira’a, Sheikh `Isam and Sheikh `Abd al-Qadir, from Tunisia and Algeria respectively, who would recite an entire juz’ according to the qira’a of Qalun, the recitation of the people of Medina (which differs slightly from the more common Hafs recitation). Thereafter the classes would begin.

The Sheikh (may Allah spread the light of his guidance) was teaching from three different books:

The first of these is a commentary upon hadith in which the Prophet (Allah bless him and give him peace) either suggests a medical treatment, applies it to someone, or applies it to himself. The author is a Damascene scholar of the 8th century Hijri. Though not a book of medicine as such, it contains much general wisdom extracted from different medical traditions. Many of the treatments focus on the types of food to eat – or to abstain from – quite an appropriate a subject to study in Ramadan!

The second is a book of hadith mentioning the adhkar of the Prophet (Allah bless him and his family and give him peace), the immense value of which is expressed in the saying: “Bi`al-dar tashtari al-adhkar” – Sell your house to buy al-Adhkar. The introductory part of the book deals with the sunan and adab of dhikr. Then the author mentions specific adhkar used on different occasions – a clear step-up from the little booklets that are commonly used.

The third book is a key to the science of tasawwuf and to the correct understanding of Tawhid as a whole. One evening, when this book was being read, two gentlemen visiting from Britain were guided to accept Islam at the hands of our Master, the inheritor of Sheikh `Abd al-Qadir, may Allah preserve his secrets.

Would we call this a Rihla Program?

Rihla, yes – in the sense that we came here as travelers, seeking the living knowledge, longing for a glance from its bearers, thirsting to inhale the sound of Qur’an recited with flawless tajweed, hadith narrated with the highest chains, and love poetry passing over the tongues of those who have tasted its reality.

Historically, and practically, speaking, travel is and will always be “a portion of the Fire”. But ours was a Rihla away from our homes to a better home, leaving our families to join the best of families, may Allah bless their rizq and make their children the coolness of their eyes. In its fold we found stillness for worship and study, while children played around the house, mothers suckled their babies and family members peacefully engaged in their habitual activities.

Now here is the ultimate proof that we came but to visit our clan: In the middle of the month, one of our dear sisters was given in marriage to one of our dear brothers, at the hands of our spiritual father and trustee (may Allah hand him the keys to our salvation). The contract was witnessed in his home by some of the awlia of Sham, among them Sheikh Shukri Lahafi, and the entire majlis of guests. Two mawlids were sung: The first was for the entire gathering, and it ended in a hadra. Then the brothers left, and a group of women recited a mawlid for women only. Such occasions can only be experienced live, at the time and place where they occur. All we can say here is: That night, there was joy and merryment, as the occasion demands. On the following night, the Sheikh himself (may Allah give him the reward for our deeds) led the tarawih prayer, reciting two juz’ in eight raka`at, thus making up for the qira’a missed the night before.

Program, yes – in the sense of efficient organization. Obviously, it takes some planning to provide for nearly 100 guests, day after day throughout the month, in a normal family home – may Allah perfume it with His blessings and inhabit it with His Angels.

Obviously, also, it takes years of preparation in terms of self-training and refinement of manners for a majlis of this kind to materialize. Would you had seen the delicate hands of the “saqi” pouring up the tea with care so as not to spill a drop, artfully turning the sugar spoon and gracefully serving, or the “mubakhir” attentively turning the coal on the flame, catching the exact temperature that brings out the prime of scents from the `oud; or had you heard the munshids responding to each hint of the Guide (may Allah veil us from seeing anything but perfection in him), at times directing them to sing joyful popular tunes, at others leading a hadra.

For a period of one month, we were like the people of the Suffa in the mosque of the Prophet (may Allah send upon him and his family the most excellent greetings and perfect peace). We were the guests of his offspring, whose home was our mosque, who fed us with his hand, nurtured us with his looks, reminded us with his words, guided us by his example – may Allah let us find his rescuing hand on the Day of Calamity, and receive from it a drink from the Hawd.

Eid came with its joy and celebration, including a party for the children, and visits to family and friends. Whom does one go to visit, when one is oneself a visitor? We visited those of our spiritual ancestors who are buried here in Damascus, and the maqams of the authors of the books we had studied (may Allah be well pleased with them all and multiply their rewards), asking Allah to raise us from the state of weakness and unworthiness, and equip us to carry their trusts.

What remains?
The debt we incurred:
our duty to thank
by deed and word

…which means, among other things, to put into practice the gifts given…
Written in Shawal 1427 by a faulty servant who happened to pass by the circle of nobles. 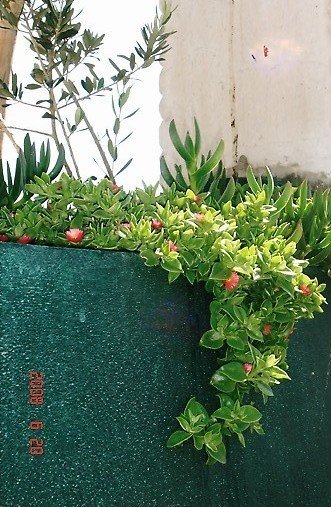