The Pearl of Secrets and the Treasures of the Righteous

About the author and his sources

The author, Ibn al-Sabbagh, was writing a little more than six decades after the death of Imam Abul Hasan al-Shadhili. He received his information from the master’s disciples in Tunisia and Egypt, and from their companions and disciples. In his endeavor to record narrations of sayings and supplications of Imam Abul Hasan, he made efforts to meet anyone who might be acquainted with them. He says:

“Some I received directly in Tunis from the righteous Shaykh Abu ale`Azai’m Abu Madi ibn Sultan, pupil and servant of Abu al-Hasan. Some of them I secured in the eastern lands, of Abu ‘Abd Allah Muhammad, called Sharaf al-Din, son of Yaqut al-Habashi. Some of them I received from still other devotees of the Sufi Path of our shaykh and from companions of his companions from among the people of the East and the West, until – ”

there was brought together in my possession material the hearing of which is a source of delight, and the collection of which is something rare. 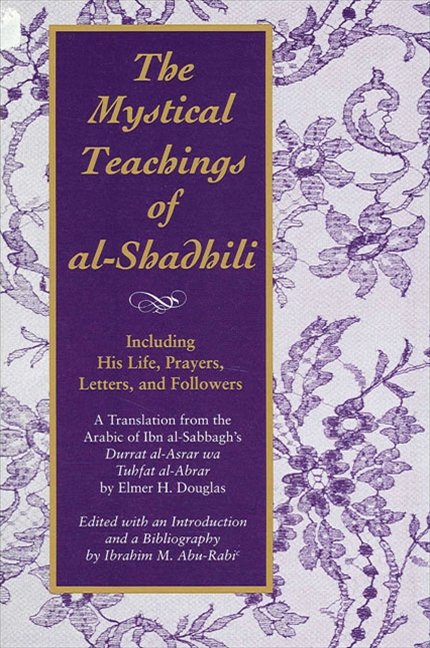