Al-Sheikh al-Akbar Muhyiddin Ibn al-`Arabi lived the last years of his life in Damascus and passed away there in 638 H. / 1240 CE. He is buried at the foot of the Qasioun mountain overshadowing Damascus from the north-west. In his honor, the Ottoman sultan Selim II built a Mosque by the side of his tomb in 1516 CE. By his side are buried: two of his sons, and his follower and companion Junayd. The maqam also contains the empty tomb of the famous Algerian mujahid Abdul-Kadir Al-Jazairi. 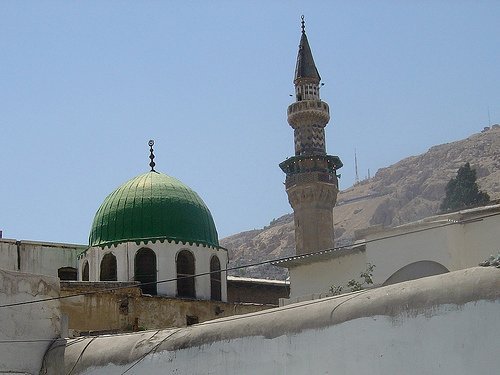