Sayyid Shaykh Ahmad al-Habbal al-Rifai was one of the Abdal and a protector Saint of Damascus. He was a student of Shaykh Badr al-Din al-Hasani, and a servant and companion of Shaykh Sharif al-Yaqoubi. – He was a businessman, he made and sold Ropes. A few days before he passed away he donated half a Million Syrian Pounds to the people of Gaza He passed away in 2009 at the age of 110 and was buried in Damascus.

“Who has not accompanied the awlia, does not know their value”

Sheikh Ahmad al-Habbal al-Rifa’i passed away to today, Tuesday, 1st of Safar 1430 Hijri (corresponding to January 27, 2009), at an age of nearly 110 years. His lineage goes back to the Prophet ﷺ. The uncle of his father (Sheikh Salih) was Sheikh Sa’id Habbal, Imam of the Umayya mosque, and he was said to be the Qutb of his time.

He was unique in Sham – yes, on the entire earth – in righteousness, taqwa, wara’, zuhd, worships, following the sunna and love for the Prophet ﷺ. He carried on the majlis of dhikr and salawat after Sheikh ‘Arif ‘Uthman (one of the great awlia of Sham), which were held every day after fajr salat in different mosques in Damascus, and in which the fuqara used to attend.

Such visions are not relied upon in matters of fiqh, but they are accepted as proof of a person’s rank.

“The souls of the dead are connected to the living” – this is mentioned in “Kitab al-Ruh” of Ibn al-Qayyim, the disciple of Ibn Taymiyya, and he gives examples from the sahaba and the tabi’in and the salaf that it was the habit of the salaf to rely on visions seen by several people independently. An example is seeking Laylat al-Qadr in the last ten days of Ramadan.

Therefore, if the awlia in a certain place have been informed in their dreams that a person has attained a special rank, and these reports are so many that they reach the degree of tawatur, it is accepted as a proof. Such was the case of Sheikh Ahmad Habbal.

(Sheikh Ahmad Habbal took hadith from Sheikh Badr al-Din al-Hasani, and he kept his close company, and took from his states.) Malik ibn Anas did not relate hadith except to somone in which he saw a strong attachment to the Prophet ﷺ. One of his students was Ayyub ibn Ayyub al-Sahiyani – he used to tremble and his skin contracted, each time he heard the mention of the Prophet ﷺ. (This was the state of Sheikh Ahmad Habbal, every time the name of the Prophet ﷺ was mentioned.)

Sheikh Ahmad Habbal was of those whose du’a was answered. His last days coincided with the war in Ghazza, and he was continuously doing du’a against the Israelis and Americans – it was as if he was fighting side by side with the mujahidin.

People of knowledge are many in Sham (wal hamduli Allah), i.e. people who are knowledgeable in Fiqh, ‘Aqida, Qira’a, Arabic language and eloquence – but the people of Wilaya (sainthood) are few.

Tomorrow, his janaza will be held in the Umawi mosque after Zhuhr salat, and it is a duty on every person i Sham to attend.

One of the Abdal

Sheikh Ahmad Habbal was one of the forty Abdal, of whom it is mentioned in a sahih hadith:

“The Abdal of my ummah are forty, and they are in Sham. By them (people) will be given rizq, and by them they will be given spport/victory.”- Imam al-Suyuti authored a Risala on the hadith of the Abdal.

In another hadith, reported by Sayyidatuna Aisha (may Allah be pleased with her), the Prophet ﷺ said: “Allah does not take the knowledge away by tearing it out from the breasts of the ‘Ulama, but by taking their souls (i.e. when they die), until only ignorants remain, whom people take as their leaders. They will give fatwa without knowledge, being misguided and misguiding (others).” This hadith is agreed upon.

Sheikh Ahmad Habbal is one of those (‘ulama whose soul has been taken).

Sham is protected by The Awlia

We are seeing war and killings in Jordan, Iraq, Palestine – but Sham is protected.

(The awlia protect the land by their du’a, by their closeness to the Prophet ﷺ, and by lifting the tribulations from the common people. This was the case with Sheikh Ahmad Habbal, and therefore every single person in Sham is endebted to him.)

The love for the Prophet ﷺ has always been present in Sham. People do mawlids, adorn the streets, the shops, the home to celebrate him ﷺ. However there was a time when this habit decayed. Sheikh Muhammad ibn Ja’far al-Kettani and Sheikh Badr al-Din al-Hasani revived the love for the Prophet ﷺ at that time. Everyone in Sham owes a favor to Sheikh Muhammad ibn Ja’far al-Kettani for bringing back the habit of celebrating and honoring him ﷺ.

(Sheikh Ahmad Habbal was upholding the meetings of salawat at fajr time, thereby protecting the people of Sham, while people were unaware, sleeping in their beds.)

The people of Tasawwuf are the people of dhikr, and those who do not accept an atrocity, without trying to change it. The wali is the one who, when you see him, you are reminded of Allah. Visiting Sheikh Ahmad Habbal was like going to sit in front of the Angels.

Common people who kept company with Sheikh Badr al-Din ended up being ‘ulama. He was of those who educate people by his state (hal) – not by his words (maqal). In those times, the study sessions were long, like two hours, and the sessions of reminder and preaching short, like ten minutes (– nowadays the proportions are the inverse). There was no need to speak much to remind people of Allah. A wali changes people’s hearts just by a few words – or even without any words at all.

Sheikh Ahmad Habbal was the last of those who knew the states of Sheikh Badr al-Din al-Hasani.

Who does not keep company of the awlia does not know their states.

Sheikh Muhammad al-Yaqoubi kept the company of his father, Sheikh Ibrahim al-Yaqoubi, for twenty years, from childhood until he was a grown man, in every public or private moment, in every majlis, in every meeting with ‘ulama and awlia. He was with him every miniute, his father supervised all his movements and looked into all his states, and instructed him in the sciences and in dhikr.

This is how Sheikh Ahmad Habbal kept the company of Sheikh Badr al-Din al-Hasani.

“If it were not for my Guide (murabbi), I would not know my Lord (Rabbi)”

The loss of great Awlia

The past year has been called the year of affliction, due to the death of many awlia. We have seen the passing of:

– Sheikh Hasan Habannaka al-Midani (who passed away last year), he was the Sheikh of Sham in Shafi’i fiqh, and Arabic language
– Sheikh Murshid ‘Abidin, the brother of Sheikh Abul Yusr ‘Abidin, a Hanafi faqih, and one of the oldest ‘ulama of Sham, who passed away last year at the age of 100 years.
– Sheikh Muhammad Sukkar, Sheikh of the variants of Quran recition.
– Mustafa al-Khann, scholar of usul al-fiqh and Arabic language, one of the gratest students of Sheikh Hasan Habannaka, and teacher of Doctor al-Buti
– ‘Abd al-‘Aziz al-Rafa’i, of the people of zuhd
– Sheikh Mustafa Turkmani, the successor of Sheikh ‘Abd al-Rahman al-Shaghouri
– Sheikh ‘Abd Allah al-Rabih, from amongst the mujahidin, who passed away in Makka and was buried in al-Ma’alla (the burial place of Sayyidatuna Khadija, radia Allah ‘anha)

All these have passed away during a time span of one and half years.

Sheikh Muhammad al-Makki al-Kettani and Sheikh Abul Yusr ‘Abidin believed that Allah lifts away the trials from Sham by the presence of Sheikh Ahmad Habbal.

Sheikh Ahmad Habbal told Sheikh Muhammad al-Yaqoubi about the rain prayer (salat al-istisqa) on mount Qasiun. People did not perform the rain prayer in the Umawi mosque or in any place in the city, but they climbed up the mountain to perform it there – as has been the habit ever since the time of Sayyiduna Mu’awiyya (radya Alllah ‘anhu). Sheikh Ahmad Habbal related how he went up in the company of Sheikh Sharif al-Yaqoubi (and other ‘ulama of Damascus, amongst them) Sheikh Amin al-Swayd (one of the students from the company of Sheikh Badr al-Din al-Hasani), and they stayed for three days, making du’a for rain to come down. After the three days, Sheikh Sharif said: you may descend if you wish, i will not descend until the rain comes. So he did, and within a short time the rain came down.

Sheikh Ahmad Habbal also informed Sheikh Muhammad that the the burial procession of Sheikh Sharif was the largest seen in Sham after that of Sheikh Badr al-Din al-Hasan – and he (Sheikh Ahmad) was present on both occasions.

It is stated in the book “Al-Ibriz” that when tribulations descend from heaven, they first hit the awlia, according to their ranks: the highest wali will be struck by the heaviest blow, then it goes to the one next to him in rank, and he carries it, and so on, until the lowest awlia receive the last trials. It is in this way that the awlia protect the common people from tribulations, by taking them upon themselves. This is one of the secrets of the awlia. As it is stated in the hadith about the Abdal: “By them people are given rizq, and by them they are given protection/victory.”

Until the last moment of his life, Sheikh Ahmad Habbal did not cease making du’a for the Muslim. During Sheikh Muhammad’s visit to him, which may have lasted for half an our, he heard him doing du’a for the people of Ghazza and the Muslims in general over thirty times.

All or us need to attend his janaza, and dedicate recitals for him – maybe we will attain his shafa’a on the Day of Rising.

All praise is due to Allah, Lord of the Worlds. May the salat and salutations [of Allah] be upon our liege-lord, Muhammad, as well as upon his family and companions, together.

As for that which proceeds:

Allah has most certainly favoured the ‘people of the prophetic household’ – the Ahl al-Bayt – with a pure attribution to the greatest of beloveds, salla Llahu ‘alayhi wa alihi wa sallam; in the same way, he has chosen the elite from amongst the scholars, in order that they may be inheritors of the Messenger [salla Llahu ‘alayhi wa alihi wa sallam], in terms of guidance and spiritual training. From amongst those who have joined between these two factors (lineage and knowledge) are our son, sayyidi ash-Shaykh al-Muhaddith, the great scholar, as-Sayyid Muhammad al-Ya’qubi, may Allah bless him. He has sought knowledge from his father, and travelled [the path] at his hands, until be became one of the people of knowledge, legal verdicts, spiritual training and guidance. We are witness to his aptitude in tasawwuf and knowledge, as well as his scrupulousness, uprightness and integrity. His father – the great scholar and knower of Allah, the spiritual upbringer and Shaykh, Ibrahim al-Ya’qubi [may Allah have mercy on him] – has authorised him, and so have others. We authorise him in that which his father authorised him, and we counsel Muslims in general and students in specific in the East and West to keep his [spiritual] company, and to take from him. We advise him to have taqwa of Allah, and to make dua for us as well as [the rest of] Muslims, privately. Our last call is ‘all praise belongs to Allah, Lord of the Worlds’. 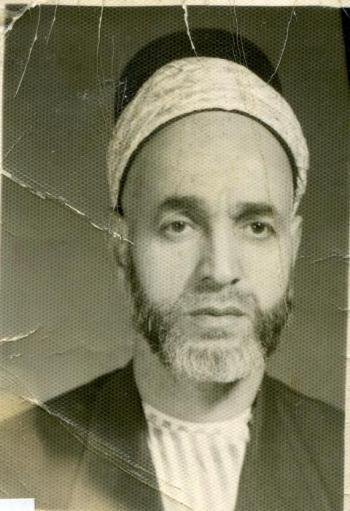 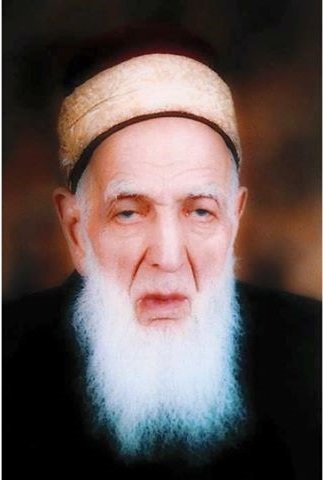 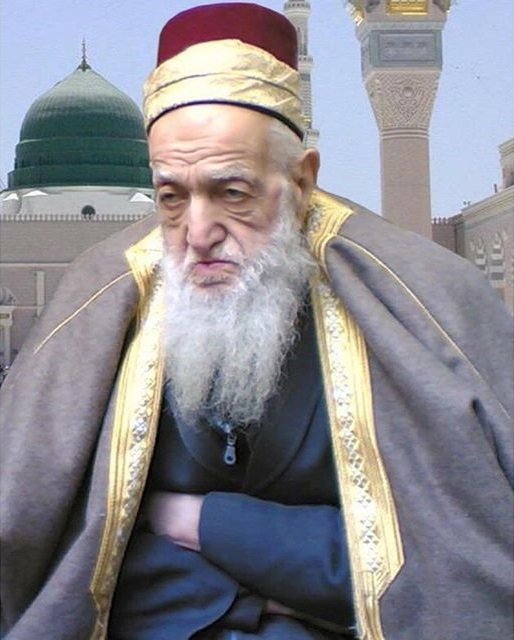 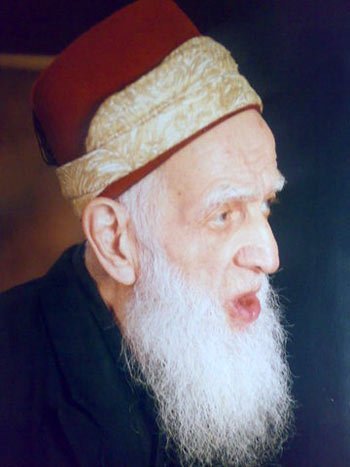