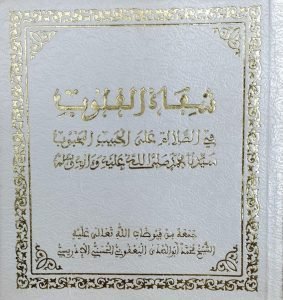 Publishing info: Special edition
Penned by Sayyid Shaykh Muhammad al Yaqoubi, Shifa Al-Qulub is a highly acclaimed compliation of litanies that will captivate your heart and soul through the majesty found in sending salutions to the most beloved of Allah.

I started writing Salawat and in a few hours I wrote 22 salawat then i went to sleep. I got up after about 3 hours and then I started writing again. In 5 five days i wrote approx 500 forms of prayers, by friday 600 prayers were written, some are unique in their style in the history of Islam.

I wrote the Salawat on Sayyiduna Rasul Allah ﷺ using the 99 names of Allah, demonstrating how each aspect of the name relates to the attributes of Sayyiduna Rasul Allah ﷺ and to us. I went through Al Quran and selected every single verse in which He ﷺ is mentioned and wrote Salawat from those verses, It is now longer than Dala’il al-Khayrat [the most celebrated manual of Blessings on the Prophet] written by Imam Muhammad ibn Sulayman al-Jazuli al-Hassani (may Allah lighten his tomb).

If I had planned to write it I would have probably spent a year to produce it. In less than a week i wrote it, I think I will call it Shifa’a al-Quloob (remedy of the heart). There are two special sections in it. There is a section on Haja’at (need) and the other Salawat al-Shifa (prayer of cure -15 forms). I finished the first version on friday.”

O Allah pray on our Master Muhammad, a prayer preserving the embryo and its mother and making birth easy,
and upon his family and his companions send salutations. 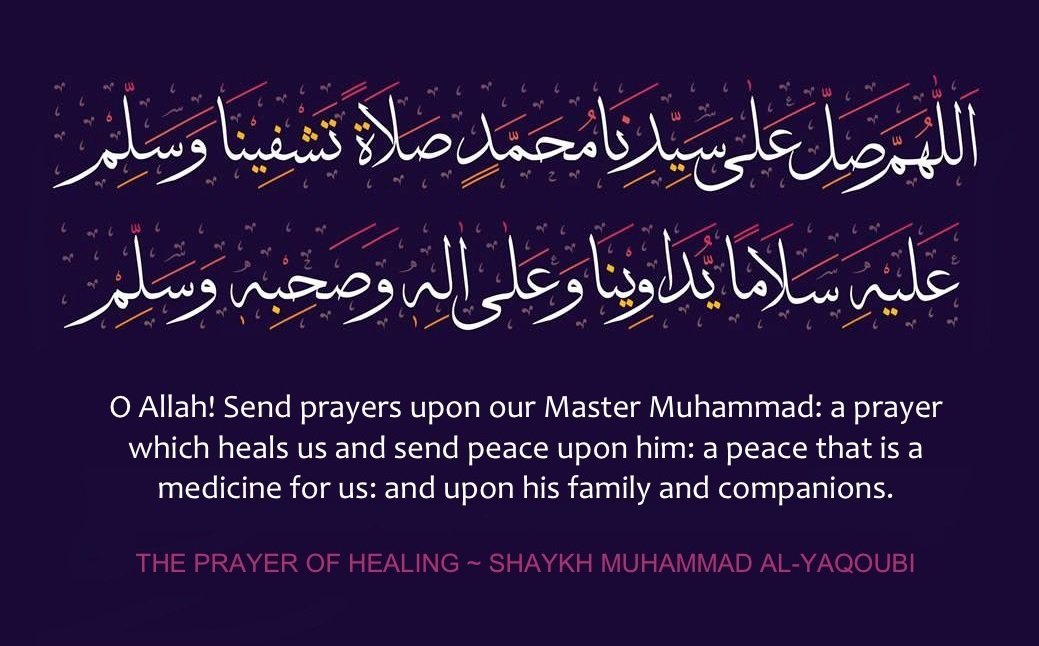 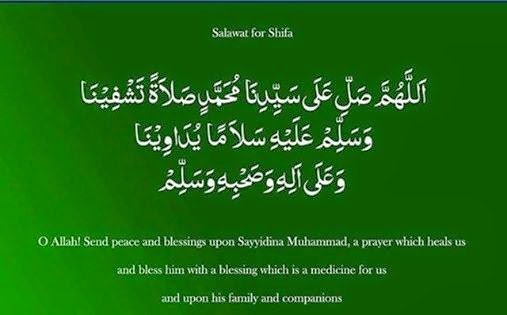 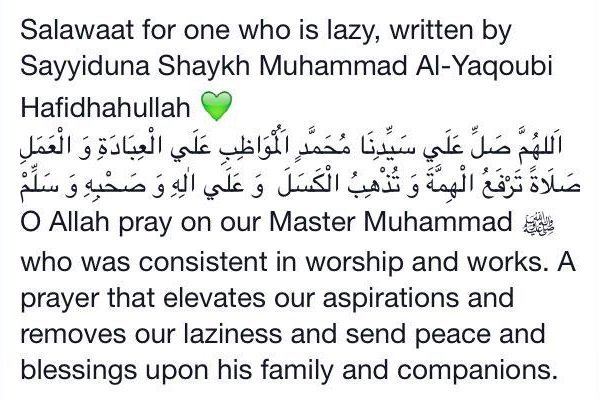 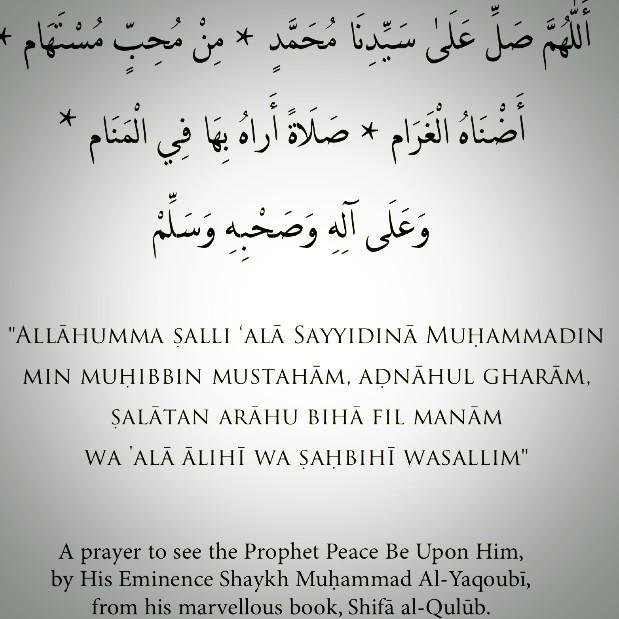 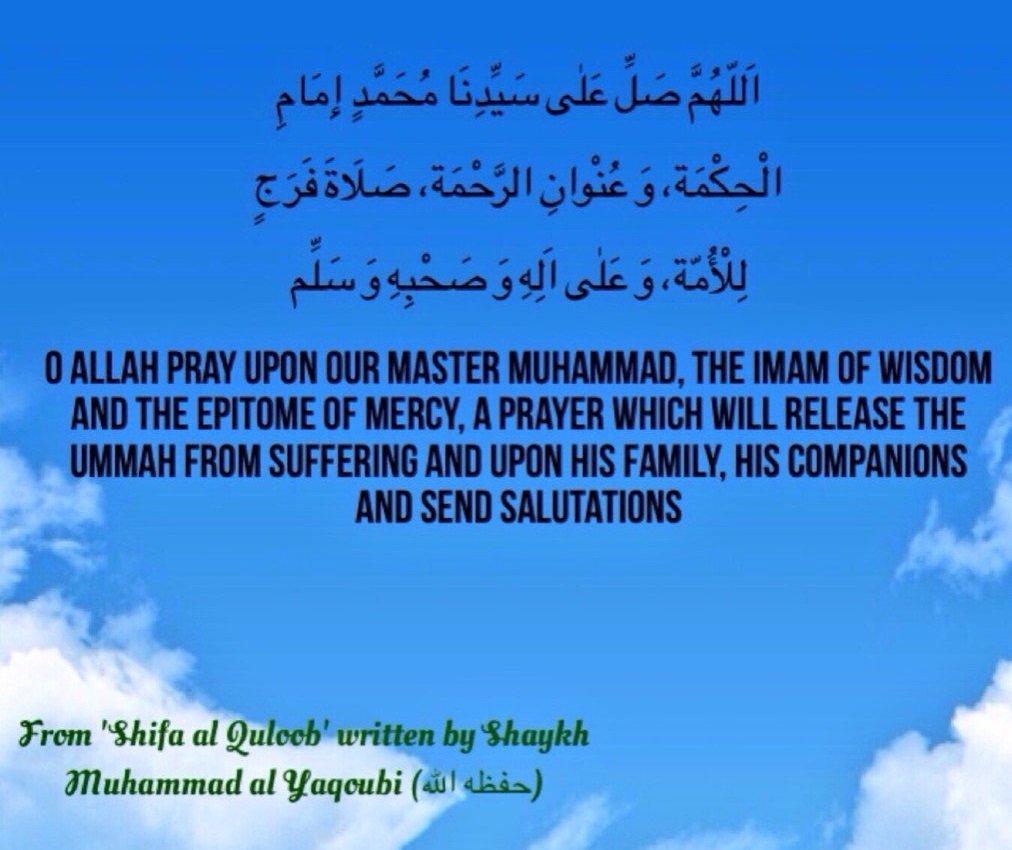 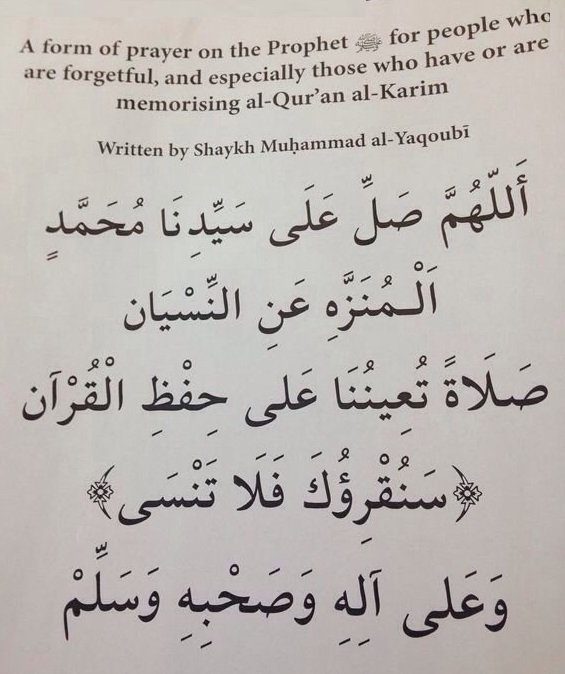