The Drink of Love (The Realities of His Unity)

The Realities of His Unity
By Shaykh Muhammad al-Yaqoubi

Negate the other oh man!
And annihilate to all forms
Witness the transparency of wine
You will then enter this Quarter

The Lord made us stand
At His Door for only a year
He then said, who is more entitled
other than you to this Quarter! 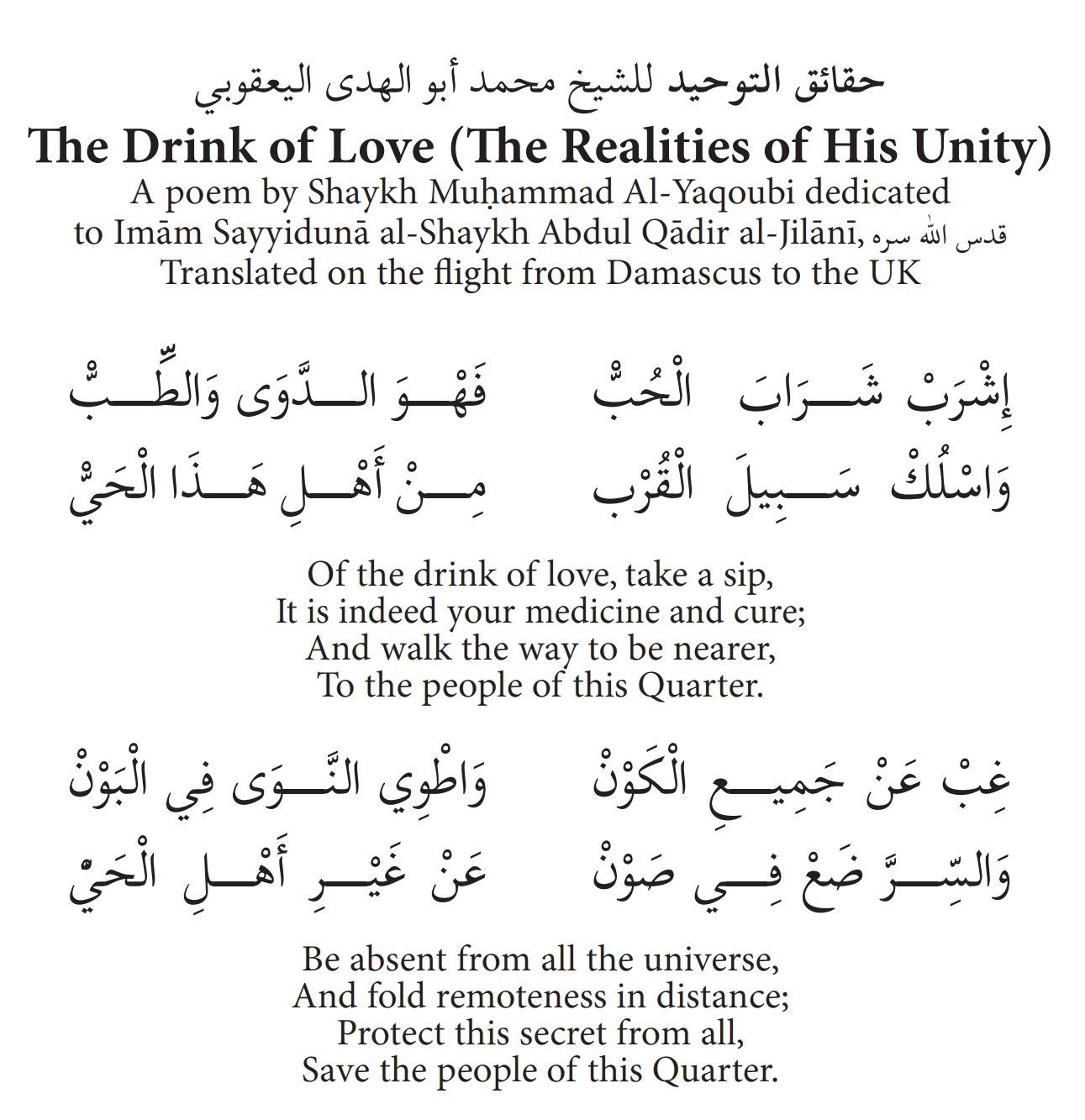